Hi everybody and thanks for all the support !

Time for a little race report :

6am and the day starts…I could already feel lots of expectations resting upon me, but i had already done all the training and hard work , and all i could do now was perform at my best and enjoy it !

At 8am we arrived , and i was starting to feel the pressure, all i could think about was the race. Once i had put my gear in transition i was starting to see all the race favourites , i just had to keep reminding myself that i was also one of them 7 race favourites who would be named individually to claim there place on the start line. Last year I remember commenting to mum how cool this would be! 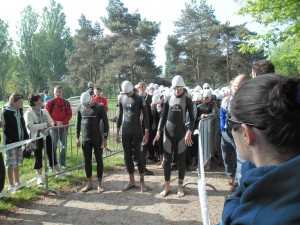 We go towards the start with rich and jake , once i had warmed up a bit , wetsuit goes on and i gave a big kiss to dad and jake before the race, at that moment everybody was starting to wish me good luck , and i went off to warm up .
Warm up finished , and there i am with the favourites of the race , and 130 other guys pushing and bashing waiting behind us . One by one all 7 of us get named up to the start, before they let the next 130 best triathletes in france in behind us.
The gun went off and all the nerves finally went. During the swim i didnt feel great , and i couldnt get clear water , but once i realised that i was not too badly placed , i pushed to not miss the first pack .
9th out of the swim and jumped on the bike in 5th just behind the race favourite . I knew almost straight away that me and him were the strongest out of our pack .We had two laps to do , and after the first one , i decided to take my chances , and i took a quicker relay in the pack and only one followed ( the race favourite) we rode the end of the ride together and managed to get a 50 second lead .
Once we got back in to transition i could hear people in the public saying “oh look the english guy ” . 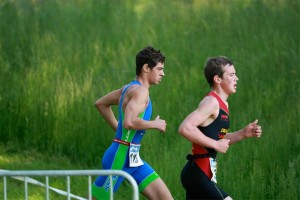 We set out fast from  T2 ( as you can see from the photo!) and i held on until the end of the first lap, he made his move and accelerated , i did my best to follow but my head was not “in it”, in the end he won with just  a 10sec lead, and i came accross the line, he came to thank me again for the bike .
Of course i am happy with this race , but there is something that makes me think i could of won , and the more i remind myself about the race the more i regret not attacking on the bike . I am still really happy with this result , and i keep reminding myself that if there is a year where i need to win this race , its in junior level not this year , and i will win this race one day 😉
Anyway a great weekend with everybody , and a great second place from my training partner Paul ( Cadet), and time with family , its a shame mum was not there .
Chuffed to bits with my result though , thanks every one !!!!!!!!!!! 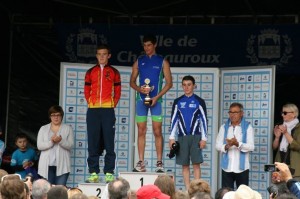 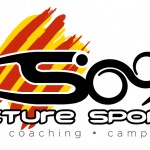 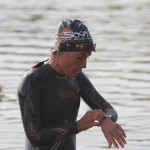