Our Team of Coaches is headed by the founder of Sancture Sportifs, respected coach Richard Laidlow (full profile below).

Due to demand and the success of our online Coaching Business in 2015 we are happy to announce the expansion of our Coaching Team, which now includes Gregory Rouault, Greg Parkin and Kai Sikorski (full profiles below).

Commitment to Our Athletes

We approach each client as an individual, so no matter what your triathlon goal is, your needs will be provided for through the use and support of our proven science-based training methodologies. We will help get you established from the start, encourage you through your progression, and share in your pride when you obtain your goals and beyond. We will help you to become stronger, fitter, faster and healthier and we will continue our quest to unravel the latest technologies and innovations in triathlon and other endurance sports, thereby providing you with the most experienced and professional coaching available. Your goal becomes our goal. 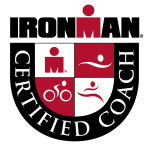 Immersed in triathlon for over 27 years and being a Triathlon Coaching for over 22 years, I adopt a fairly hands-on, supportive approach, providing rigorous continuing education. So often, the fundamentals of triathlon training are overlooked and whilst there are 100’s of training programs out there that can help you get fit, very few make that process efficient, organic and custom enough to meet with your personal needs.

With all my coached athletes I set out to help them achieve a fundamental understanding not only of each discipline individually, but the “whole” sport that is “Triathlon”. I do this by improving your technique, by helping your understanding of basic bio-mechanics and by teaching you to use your senses to train.

Apart from my coaching qualifications I have been given the incredible opportunity to learn and gain a depth of coaching knowledge from 1000’s of athletes at our successful Triathlon Training Base “Le Sancture des Sportifs”, set up by myself and Michelle, (my wife!) in 2004. This is where we live and work today. 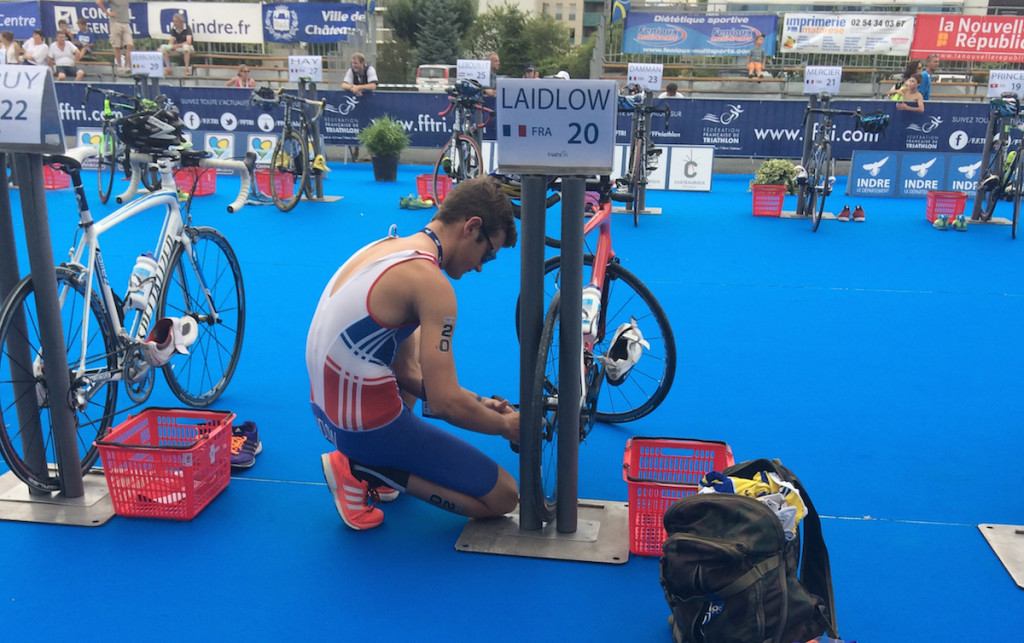 Previously an RAF Physical Training Instructor I was part of the relay team who broke the world record for the Belgium to England Channel crossing (plus numerous other channel swims), and gained additional practical and theoretical knowledge as a lecturer in Sports Science and YMCA qualified personal trainer and as a former elite athlete I competed for my country in both swimming and triathlon. I still compete regularly in all disciplines and am the Head Tri Coach for Triathlon Catalan.

We have two sons, Sam (born 1998) and Jake (Born 2008) who have grown up in this Triathlon environment. Our eldest Sam now races for France and for POISSY, and our youngest has already raced more times than I can remember. So I am well positioned to help you achieve your goals no matter how tough you think they are!

I hold an IRONMAN Coaching Certificate, am a Certified Professional Training Peaks Coach, and a qualified British Triathlon and British Cycling Coach. 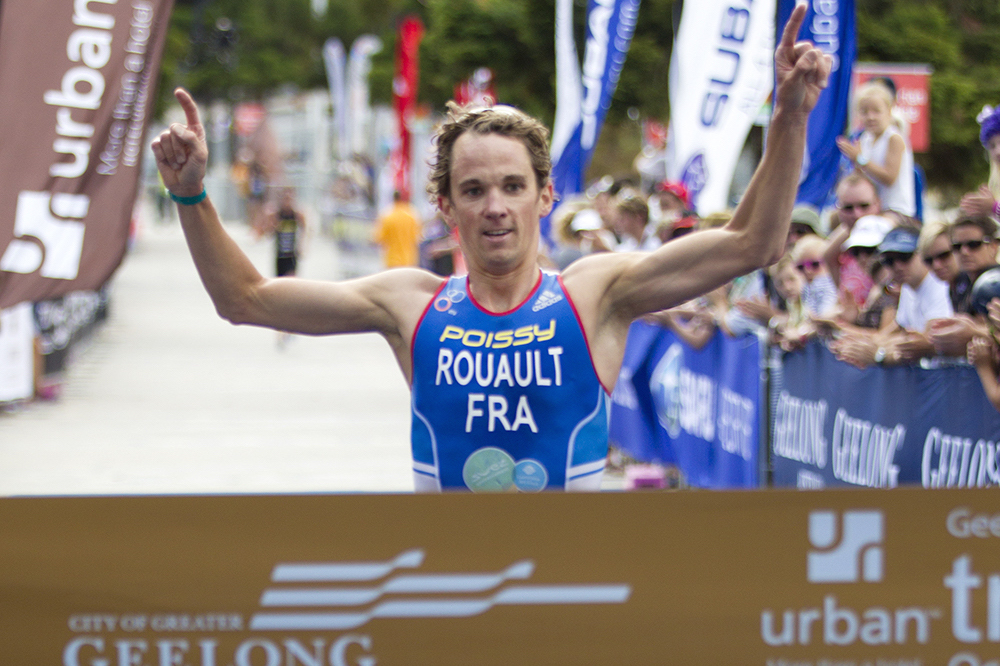 I’m a French Oklahoman passionate for sports and high performances! I grew up in France where I developed some skills for running mainly. This gave me a chance to get a scholarship to run cross-country and Track and Field at Oklahoma State University in Stillwater. I ran 29’04 for 10k and got a BA in Marketing and a Masters in Business Administration. I then started working as a business analyst in March 2005 and at this exact time started Triathlon as an age grouper. Rapidly and without initially expecting it, I became pretty competitive fighting with some of the best pros at some of the most competitive US triathlons (St Anthony, Alcatraz, Memphis etc…).

“You only live once” so I decided to put my professional career on hold and move back to France in October 2007, allowing me to train full time and give myself a real chance. A few years down the road, I’m so glad I made that decision!! I won a World Cup, numerous continental cups, some great triathlons and got to race with “la creme de la creme”.

I lived everyday to its fullest and did everything to give myself the best chance to succeed. For example, I joined the famous D-Squad coached by Darren Smith in 2012 and really enjoyed learning from one of the best coaches of the sport.

The only negative in this entire story, is that I struggled with some unexplained stomach problems that held me back for the last 5 years. I decided to make a positive out of it though and to move to the other side of the fence and coach to share my passion and my knowledge!! I’m now the manager of Poissy Triathlon, the most successful club in France and the club that I proudly raced for all my career. I coach youngster, adults, and elite athletes and I have loved everyday so far. 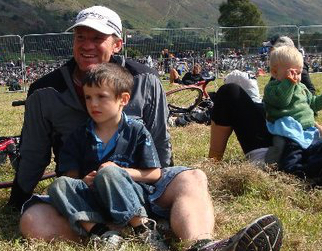 My name is Greg Parkin, and I have the dubious honour of being Richard’s very first coached athlete in around 2002. He coached me from a novice Triathlete up to a decent Ironman. We both did IM Nice together in 2005 when it really was considered a big thing to become an IM. Of course now it is becoming something that all Triathletes seem to want to complete ASAP. I don’t agree with this philosophy- I think that you should take your time and enjoy the brilliant, ever-changing journey that our sport offers.

This thought process matches my Coaching Philosophy. I want my athletes to enjoy, to savour, to learn, and to become part of the process. I hope to make them not only better athletes but also to have a greater understanding of themselves as people. Its very important to me that we build a rapport, as I strongly believe that we are all different, and therefore I need to coach the individual in a way that suits them specifically.

I believe that rest is as important as the 4 hour long ride, and I think both Coach and Athlete need to agree on a race strategy and really “buy into” it. This can only happen if they both believe.

I am now Head of Coaching at one of the biggest Triathlon clubs in the UK (Wakefield Triathlon Club) with over 560 members. My wife has won the UK Middle Distance Triathlon and my oldest son finished second in his regional series- Triathlon is a life choice for my family and I, and we love it!!!

My strengths include Endurance Coaching, Nutrition advice, Race Strategy, Female Coaching (I strongly believe that it is different to male coaching) and building a real good team spirit. 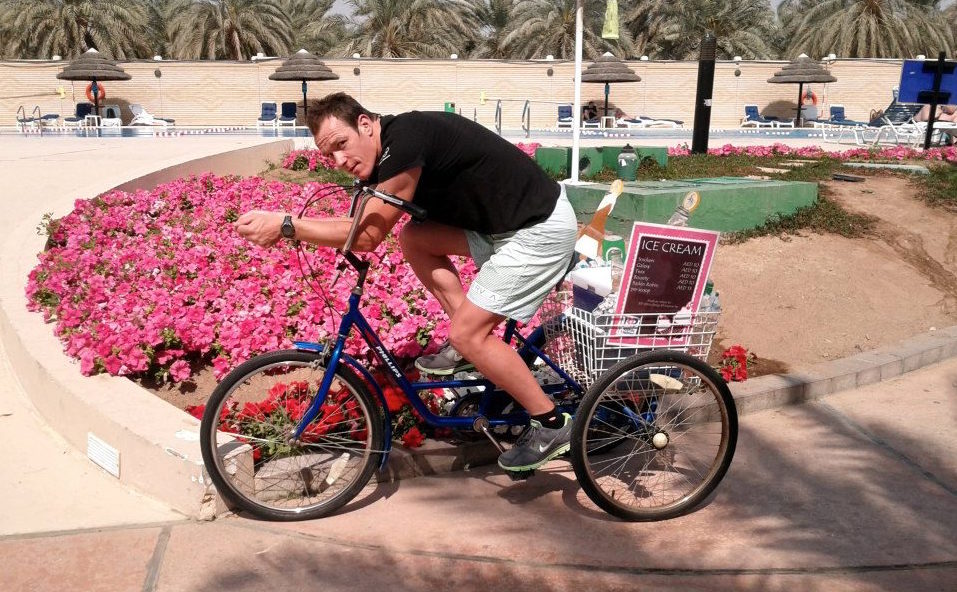 Coming from a rather scientific background with a master degree in Sports engineering from the University in Magdeburg (Germany) I have a deep understanding of movement analysis. Although my basic knowledge includes a lot of boimechanics and performance analysis as a coach I favour simple but precise and practical approaches to help reaching goals. Intuition and a fine feeling for the personality of each individual athlete is my strength.

Originally I am from Germany but live in Switzerland since 2006 my job here deals with high tech equipment to analyze movement in various fields. Among my customers are sports institutes from universities and private sport companies alike. In 2010 I began to offer advanced cycling analysis near Zurich with quite sophisticated equipment doing bike fits for competitive athletes.

I simply love sports – doing by myself and teaching to others. Through the years I have gained a wide spread experience from ahtletics, football, martial arts (Thai boxing, Judo), beach volleyball and cross country skiing before I have fallen in love with triathlon 12 years ago. Among the long list of my various races I have finished 8 Ironman distances with a sub-10hours personal best.

My biggest joy is to help athletes to reach their full potential – physically and mentally. To see somebody crossing thresholds that he or she once believed in is my ultimate motivation.

I know the Sancture family since 2013 and I have experienced the value of this passionate coaching concept. Now I am looking forward to bring in my knowledge and my passion to this family.

My motto: The sky is the limit!

All year round we offer you fully coached and supported, tailor made triathlon training camps, at an affordable price. We specialize in completely hassle-free, training holidays, on dates that suit you, in one of the most sunny, dry and breathtaking regions of Southern France. Learn how to train smarter and maximize your potential by concentrating on your training whilst letting us take care of the rest.